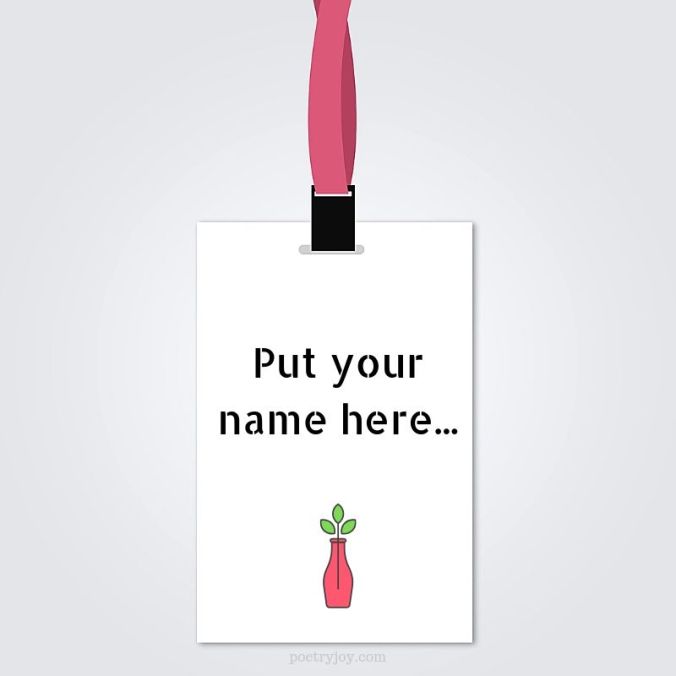 What’s in a name? Quite a lot, actually. It matters. Most parents spend a long time choosing their offspring’s name/s, although some of us might wish we didn’t have the one we ended up with.

I came into the world earlier than expected, born to parents who could barely agree on anything. Legend has it that my father simply pointed to the two tiny scraps in incubators and named us as he saw fit. My sister was swiftly named after stars and my name became a diminutive of my mother’s.

It felt like I needed to be like her, at least a little as I grew up, but we were chalk and cheese. So it wasn’t until I came to faith in Christ in my teens that I saw any merit in my name. It was in the Bible, after all, and a fruit of the Spirit no less! 🙂

Yet the name that means the most to me is that of Jesus, who has many titles and attributes as well. Jesus is the Name above all names. His is the name we whisper in prayer and seek out in anguished despair. Our commission as believers is to make the name of Jesus known to others as we demonstrate His mercy, grace and love. 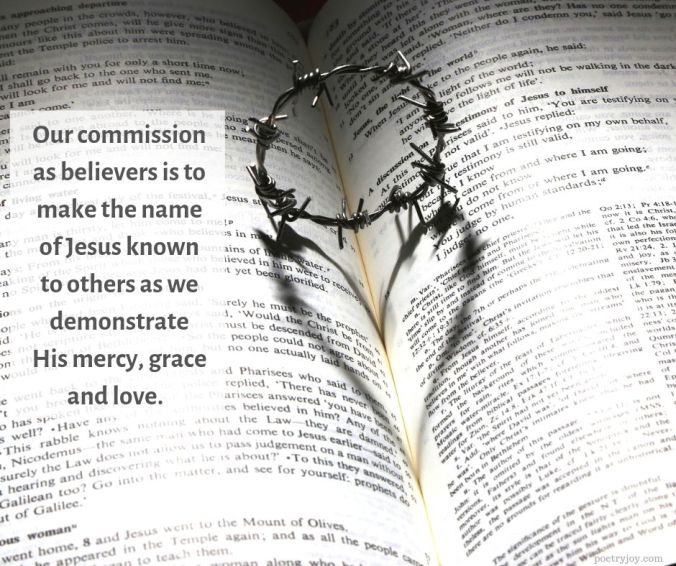 I have a light 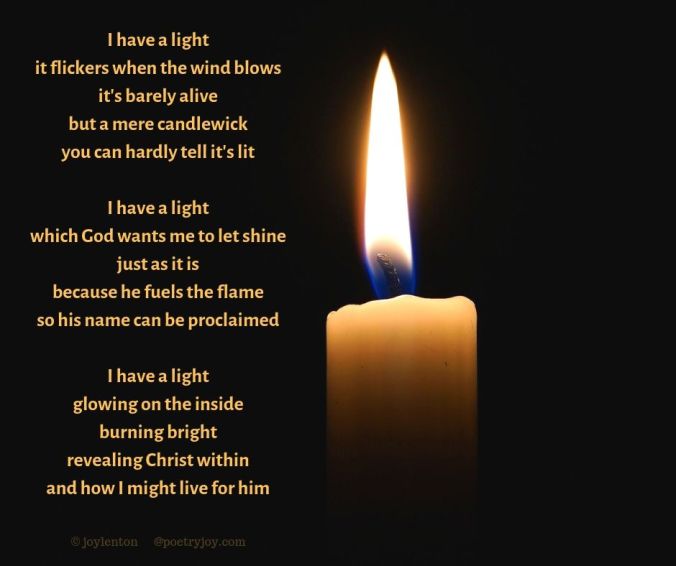 May you take hope from knowing you are more than your name suggests, more than your weakness or illness, and more than the spurious names or labels others have identified you as or you have spoken over yourself.

You and I are more than society says we are because our true identity rests in being wholly beloved and precious children of God.  And we are called to be His disciples, acting as a healing gift of salt and light to a needy world.

I’m honoured to be adding my poem to the five-minute-friday community posts as we write out our thoughts on this week’s word prompt “name.” You are welcome to join us here and read the great variety of posts being shared.

Not all of us have had perfect parenting or happy families. Solo artist (and previously lead singer for Creed) Scott Stapp’s story is a painful one, but as he shares in the song below, he is determined to make things different for his own son, because God has turned his life around. That’s the hope for all of us as we live out our redemptive stories here.

25 thoughts on “name: discovering where your true identity lies”

Hello, welcome to my blog! It’s good to share life’s poetic rhythms with you here 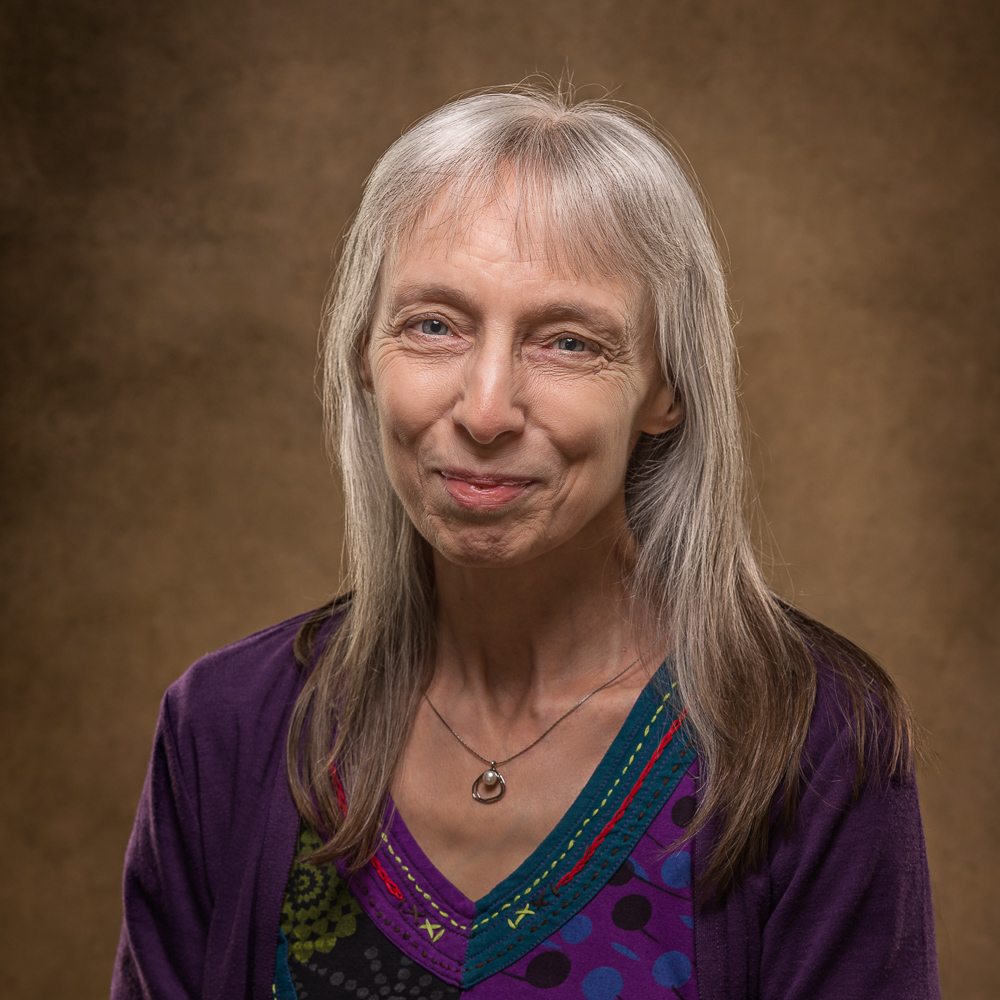 to help you embrace hope in the hard 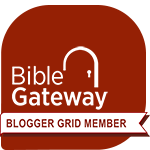